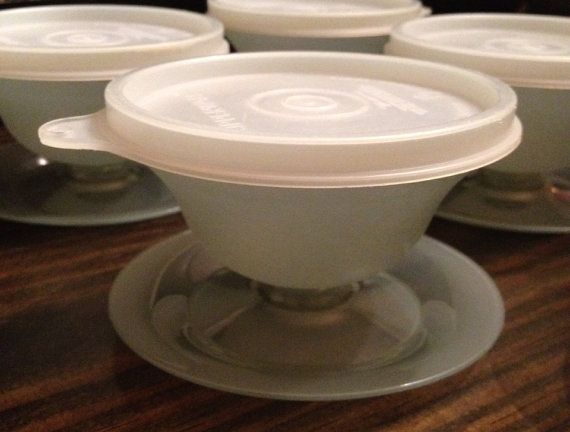 When I was little, my mom used to serve me chocolate pudding in those gray Tupperware dessert cups. You know the ones. They had matching lids that always yellowed and warped with time. My sister and I would sit at the kitchen table and eat our still-warm pudding. My favorite was the skin that formed on the top. I would take a little bite out of the skin and then scoop out the smooth, steamy pudding beneath until all that was left was the wrinkly chocolate skin. I savored eating those last bites. Because to me, the skin was always the best.

Fast-forward to many years later (too many years, in my opinion). In order to make things easier, faster, and less-complicated, the food industry developed snack pudding. Serving-size instant pudding in plastic containers with an easy-peel lid. Best served at room temperature or (gasp!) straight from the refrigerator.

Spaghetti comes in a can. Stuffing and mashed potatoes from a box. Fast food restaurants are the norm.

But these conveniences aren’t better than the original. In fact, I am willing to wager that they are worse. So much worse that they are a completely different thing entirely.

I’ve always felt that snack pudding shouldn’t even be called pudding. It is an entirely different product. Those convenient pudding packs aren’t anything like homemade pudding, served warm with the skin intact. Just like noodle packs that go on sale at 5 for $5.00 are nothing like homemade noodles. And canned spaghetti is completely different than al dente noodles, marinara sauce, and fresh-ground parmesan. Compare dried potato flakes with real mashed potatoes that have been hand-peeled or boxed stuffing with a loaf of bread with fresh carrots and mushrooms. These foods are not made for convenience. They’re made for taste.

Unfortunately, because of time and money, people often resort to these “convenience” foods over the good ol’ homemade kind. Moms left the kitchen for full-time jobs in the workforce. They no longer have the time or energy to peel potatoes or chop carrots when they arrive home after an eight-hour day.

Even the amount of time spent cooking is skewed towards the fairer sex. Men spend 49 minutes a day in the kitchen, while women spend 71 minutes each day cooking.

If we as a nation want to avoid the unhealthy additives of prepackaged foods and return to real fruits and produce, we need to all work together in and out of the kitchen. Men and women need to share the burdens and chores of everyday life so that our families can thrive on home-cooked meals once again.

Let’s put down the snack pack puddings and return to the steamy goodness of homemade pudding. Let’s introduce our children to pudding cooked on the stove. Let’s teach them to savor the warmth of chocolate pudding. Let’s watch them as they take their first taste of the thick layer of pudding skin. Let’s gather back around the table as a family and enjoy good food and good conversation.

Hello, and welcome to my site. I am Laurie Esposito Harley, a professional writer and editor as well as a poet, cartoonist, and mom.